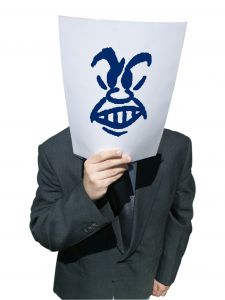 “Saying no can be the ultimate self-care” – Claudia Black.

Rosie (not her real name) came into my office looking miserable.

She slumped in her chair and could hardly hold her head up.  She broke into tears as she described her exhaustion from the demands of her job, keeping up with the household, her husband, and her kids. She seemed to be the one everyone turned to when they needed something done.

Rosie truly felt that she could not say “No”, that it was her duty as a human being to be there for everyone who needed her. She reported that her husband helped by cutting the grass and taking out the garbage while her kids did almost nothing. She felt that they were young, and it was her duty to make things easy for them.

I explained to her the oxygen mask analogy, my old standby. Before take-off, the flight attendant directs the passengers that “in case of an emergency,” an oxygen mask will appear and that they should put their own mask first, before helping others. I told her to envision the “selfless” people on the plane helping everyone else with their mask while the selfless ones slowly suffocate.

I explained that it was time for her to think of herself.  It was time to pay attention to her emotional, physical, and spiritual health.  This means eating healthy, exercising, balancing quiet time with activity, taking time for herself and time with friends. It also means saying “No” sometimes; it means not being a doormat, it means delegating chores to your husband and kids. It means making others in your life accountable.  It means giving to others but not at the expense of yourself.

“It sounds so selfish,” she said.  And I said what I have come to learn so well, “It is not selfish.  It is self-preservation”.

Rosie began to understand her doormat mentality.  She said that she grew up in a family where she got her identify from pleasing others. She realized that in doing so, she lost herself. She understood that she was an automatic “yes machine” when people asked for help because she wanted people to like her and she didn’t want to disappoint anyone.

It wasn’t always easy for Rosie to implement her new routine of putting herself first. Some of the people in her life were used to the status quo and were not comfortable with the new Rosie. She had to remind herself daily of the healthy benefits of self-care. Sometimes to save herself, she would have to disappoint someone else.

The last time I talked to Rosie she looked like a new person.  “Now that I have retired from being Master of the Universe I feel so much more rested, productive and alive”.  She said she was busy however, counseling others on putting on their oxygen masks first.  Thank goodness for old standbys.

When I Say No I Feel Guilty by Manuel Smith

The Disease to Please by Harriet Braiker

Brenda Strausz is a psychotherapist at Apex Behavioral Healthcare in Westland, Michigan.  She combines conventional and alternative therapy (Guided Imagery and Emotional Freedom Techniques) to help clients to meet their goals and live with more ease, joy and peace.

Science Daily – Use of cannabinoids (marijuana) could assist in the treatment of post-traumatic stress disorder patients. This is exposed in a new study carried out at the Learning and Memory Lab in the University of Haifa’s Department of Psychology.

The study, carried out by research student Eti Ganon-Elazar under the supervision of Dr. Irit Akirav, was published in the Journal of Neuroscience.

In most cases, the result of experiencing a traumatic event — a car accident or terror attack — is the appearance of medical and psychological symptoms that affect various functions, but which pass. However, some 10%-30% of people who experience a traumatic event develop post-traumatic stress disorder, a condition in which the patient continues to suffer stress symptoms for months and even years after the traumatic event. Symptoms include reawakened trauma, avoidance of anything that could recall the trauma, and psychological and physiological disturbances. One of the problems in the course of treating trauma patients is that a person is frequently exposed to additional stress, which hinders the patient’s overcoming the trauma.

The present study, carried out by Dr. Akirav and research student Eti Ganon-Elazar, aimed to examine the efficiency of cannabinoids as a medical treatment for coping with post-traumatic stress. The researchers used a synthetic form of marijuana, which has similar properties to the natural plant, and they chose to use a rat model, which presents similar physiological responses to stress to that of humans.

The first stage of the research examined how long it took for the rats to overcome a traumatic experience, without any intervention. A cell colored white on one side and black on the other was prepared. The rats were placed in the white area, and as soon as they moved over to the black area, which they prefer, they received a light electric shock. Each day they were brought to the cell and placed back in the white area. Immediately following exposure to the traumatic experience, the rats would not move to the black area voluntarily, but a few days later after not receiving further electric shocks in the black area, they learned that it is safe again and moved there without hesitation.

Next, the researchers introduced an element of stress. A second group of rats were placed on a small, elevated platform after receiving the electric shock, which added stress to the traumatic experience. These rats abstained from returning to the black area in the cell for much longer, which shows that the exposure to additional stress does indeed hinder the process of overcoming trauma.

The third stage of the research examined yet another group of rats. These were exposed to the traumatic and additional stress events, but just before being elevated on the platform received an injection of synthetic marijuana in the amygdala area of the brain — a specific area known to be connected to emotive memory. These rats agreed to enter the black area after the same amount of time as the first group — showing that the synthetic marijuana cancelled out the symptoms of stress. Refining the results of this study, the researchers then administered marijuana injections at different points in time on additional groups of rats, and found that regardless of when exactly the injection was administered, it prevented the surfacing of stress symptoms.

Dr. Akirav and Ganon-Elazar also examined hormonal changes in the course of the experiment and found that synthetic marijuana prevents increased release of the stress hormone that the body produces in response to stress.

According to Dr. Akirav, the results of this study show that cannabinoids can play an important role in stress-related disorders. “The results of our research should encourage psychiatric investigation into the use of cannabinoids in post-traumatic stress patients,” she concludes.