Although April is known as Autism Awareness Month, June 18th is being recognized as a day to recognize the positive aspect of Autism and also about neurodiversity. 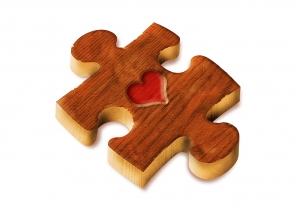 To find out more about how to celebrate today, check out this website by clicking here.

The incidence of autism may be much higher than previously thought in the United States and throughout the world, a comprehensive six year study of autism in South Korea reported.

One in 38 children has autism; a jump from the previous estimation of 1 in 110 children. The South Korea study reported that many school kids have mild, undiagnosed autism.

The study searched for 7-12 year old children with autism spectrum disorder (ASD) among 55,000 kids in a South Korean community. The three main components of ASD are Asperger’s syndrome (the mildest form), autistic disorder, and pervasive developmental disorder. 2.6% of all children were diagnosed with autism in the South Korean city of Goyang. This is more than twice the rate normally reported.

“They came up with the startling number that one in 38 children has an autism spectrum disorder,”  said Geraldine Dawson, PhD, chief science officer for Autism Speaks, the organization that ran the study. “This raises an important question for the U.S.: How many kids in the general education classroom actually have an ASD but not a diagnosis? These children may have gone under the radar.”

“This means that about two-thirds of children with ASD are in the community, unrecognized and untreated. Their lives can be improved significantly with early identification and intervention. It seems they have been there all along but were not counted in previous studies,” said study leader Young Shin Kim, MD at a news conference.

Experts say that this doesn’t mean the number of children with autism is rising, but that the study was more comprehensive. The Center for Disease Control reports autism prevalence by verifying records of existing cases diagnosed by health care and special education agencies. This leaves out many children whose parents or school never sought a diagnosis. In this study, the entire population of children was screened, including those who have never been flagged with a potential problem.

Two-thirds of the kids diagnosed with autistic disorder, and 90% of those with other ASD components, had average or superior intelligence.; proving that intellectual disability is not the core feature of autism.

The children newly identified are kids whose impairment is limited to the core features of autism, such as lack of communicating with other people in a socially acceptable way, restricted behaviors, or socialization skills.

So, how did so many children go undiagnosed?

“It may be a lack of professionals in a community, or some families not seeking help due to cost, or it may be that some of these kids with ASD function quite well in the classroom setting,” Dawson says. “But the same child at noon hour with peers may be socially isolated and awkward in relationships with peers. Having good social skills is absolutely essential for being successful in the real world.”

2009 online survey for parents with children aged 17 and younger. Questions revolved around asking parents their views on vaccinations and if they ever refused a vaccine for their child. Overall, 11.5% of parents refused at least one vaccine.

“While our country has its highest vaccinations rates ever, we have pockets of parents who choose not to vaccinate,” said Dr. Gary Freed, a professor and director of Pediatrics at the University of Michigan and co-author of the study. Dr. Freed said the parents choosing not to vaccinate are often highly educated and live in urban areas.

The choice not to vaccinate can have consequences beyond one’s own child. Dr. Freed views not vaccinating as a public health risk; a child could become infected with measles or another disease and spread the disease throughout the community.

In 2007, the Little League World Series had a measles outbreak. A 12 year-old boy from Japan who had unknowingly contacted measles traveled to Pennsylvania to participate in the baseball event. For the 265,000 people attended the event, the Center for Disease Control investigated if  other people also contacted the disease.  Measles had spread to six other people, including someone the boy sat next to on the air plane. A disease introduced by one person who wasn’t vaccinated can easily be spread and contacted by other people that also weren’t vaccinated.

More recently, in 2008 San Diego reported a measles outbreak that left 12 children ill. Nine children had not been vaccinated due to their parent’s objections and the other 3 children were not old enough to be vaccinated. Four of these cases came from a single charter school and 17 children stayed home to avoid the outbreak.

According to a 2006 article in the Journal of The American Medical Association, there is a tendency to have groups of  geographic ‘exemptors’ in certain counties, neighborhoods, or even schools.  In California, the state’s exemption rate is 1.5%, but some in counties, their exemption rates were as high as 10% to 19% of kindergartners.

If there are clusters of children that have been exempted from vaccinations, there is an increased risk of exposing everyone in that community.

The New York Times reported, “The parents who objected to their children being inoculated are among a small but growing number of skeptics in California and other states who take advantage of exemptions to laws requiring vaccinations for school aged children.”

Measles can cause brain swelling, pneumonia, and even death in rare cases. It is a highly contagious respiratory infection that causes a total body rash and flu-like symptoms, including a fever, cough, and runny nose.  The measles rash has a red or reddish brown blotchy appearance that starts on the forehead and spreads downward over the face and body until it reaches the feet.  90% of people who have not been vaccinated that live in a house with someone who has measles will contact it.

In the 1960’s, before a widespread vaccination for measles were available, there were more than 500,000 cases every year in the US. 90% of the measles cases in 2008 in the US were in children that did not get vaccinated.

Every state allows medical exemptions, like when religious practices are involved. Several states permit exemptions based on personal beliefs, such as California and Texas. There is an increasing number of exemptions on the basis of personal belief; the fear that vaccinations may cause autism.

The fear that vaccinations lead to autism originated from a 1998 article published in the Lancet by British scientist Andrew Wakefield. The study correlated MMR, which is an immunization shot found in measles, mumps, and rubella, with autism. The study only surveyed 12 children and has now been discredited by doctors across the world.  The Lancet has since retracted Wakefield’s article for unscientific methods and falsified data.

Dr. Freed thinks the media paid more attention to the article than to the retraction.

“The very success of immunizations has turned out to be an Achilles’ heel. Most of these parents have never seen measles, and don’t realize it could be a bad disease so they turn their concerns to unfounded risks. They do not perceive risk of the disease but perceive risk of the vaccine, ” said Dr. Mark Sawyer, pediatrician and infectious disease specialist at Rady’s Children Hospital in San Diego, CA.

It is the absence of measles, or close to an absence, that keeps parents from getting the shots for their children. Worldwide, child deaths from measles have dropped 68% from 2006 to 2008 because of the measles vaccination. One million children a year used to die from measles; the vaccination has decreased the number of deaths to 242,000 children.

Ask your doctor if you have any concerns over vaccinations or misinformation you may have heard.