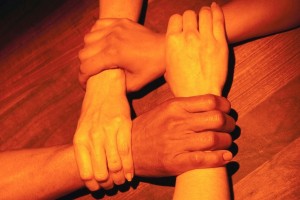 Recent data suggests that 19.9% of adults in the United States have experienced mental illness within the past year. Of the 45 million adults, nearly 9 million (20%) also had a substance use disorder.

SAMHSA’s report, Results from the 2009 National Survey on Drug Use: Mental Health Findings indicates that 11 million, or nearly 5%, of adults had a serious, diagnosable, mental illness that substantially interfered with one or more major life activities in the past year.

The report concluded that mental illness is more likely among adults who were unemployed (27.7%) vs. adults who were employed full time (17%).  Obviously America’s overall unemployment rate is high, but if you are unemployed and feeling depressed, take the time to volunteer somewhere. Sitting in your house day after day with nothing to do is only going to make you feel worse. Animal shelters, hospitals, senior homes, and zoos are all great places to volunteer. The Humane Society or local shelter can always use volunteers, and giving animals attention who otherwise would have none is a great use of one’s time.

Age and gender may have an effect on mental illness. Young adults (aged 18-25) reported the highest level of mental illness (30%), while participants aged 50 and older had the lowest at 13%. 23% of women and 15% of men reported having a mental illness.

Drug and alcohol use also effects mental health. Out of 10% of adults with a substance use disorder, 2.2 million adults aged 18 and older had serious thoughts of suicide in 2009.  Suicidal thoughts were higher in adults who had abused drugs within the past year over those adults who had not.

Be aware of the warning signs! Are you or someone you love at risk of suicide? Get the facts and take action!

Get help immediately by contacting a mental health professional or calling 1-800-273-8255 for a referral should you witness, hear, or see anyone exhibiting any one or more of the following:

Seek help as soon as possible by contacting a mental health professional or calling 1-800-273-8255 for a referral should you witness, hear, or see anyone exhibiting any one or more of the following:

Be aware of the facts!

Ways to be helpful to someone who is threatening suicide:

Be Aware of Feelings, Thoughts, and Behaviors

Nearly everyone at some time in his or her life thinks aboutsuicide. Most everyone decides to live because they come to realize that the crisis is temporary and death is not. On the other hand, people in the midst of a crisis often perceive their dilemma as inescapable and feel an utter loss of control. Frequently, they:

TALK TO SOMEONE, YOU ARE NOT ALONE!

If you are experiencing suicidal thoughts, you need to know that you are not alone. By some estimates, as many as 1 in 6 people will become seriously suicidal at some point in their lives. Fortunately, most people do not on their suicidal thoughts – crises pass and problems are solved. However, sometimes thoughts lead to self harm.

Suicide thinking is usually associated with problems that CAN be treated. Clinical depression, anxiety disorders, chemical dependency, and other disorders produce profound emotional distress. They also interfere with effective problem-solving. New treatments are available and studies show that the vast majority of people who receive treatment improve or recover completely.

Even if you have received treatment before, you need to know that different treatments work better for different people in different situations. Sometimes several tries are needed before the right combination is found.

Suicidal crises are almost always temporary, it’s important to realize that crises are usually time-limited. Solutions are found, feelings change, unexpected positive events occur. Suicide is sometimes referred to as “a permanent solution to a temporary problem.” Don’t let suicide rob you of better times that will come your way when you allow more time to pass.

Problems are seldom as great as they appear at first glance; job loss, financial problems, loss of important people in our lives, all are stressful events that can seem catastrophic at the time they occur. Then, months or years later, they usually look smaller and more manageable. Sometimes, imagining ourselves five years later can help us to see that a problem will pass and we will survive.

Reasons for living can help sustain a person in pain. A famous psychologist once conducted a study of Nazi concentration camp survivors and fount that those who survived almost always reported strong beliefs about what was important in life. You, too, might be able to strengthen your connection with life if you consider what has sustained you through hard times in the past.  Family ties, religion, love of art or nature, and dreams for the future are just as few of the many aspects of life that provide meaning and gratification; facts that you can lose sight of due to emotional distress.

Don’t keep suicidal thoughts to yourself! Help is available, whether through a friend, family member, therapist, or member of the clergy. Find someone you trust and let them know how bad things are. This can be your first step on the road to healing.